The Canada-based crypto exchange, CoinField has announced that it has taken yet another step to launch the new project design, which will induce the mass adoption of XRP.

They announced the launch of an XRP validator, which is ready to be presented publically.

The validator has already been affixed to the Ripple’s Unique Node List (UNL) of trusted servers. As per a news report,

Further, the CoinField team has also been working on a new XRP ledger (XRPL)-based project for a while, and they promised to release more details on October 15.

CoinField CEO, Bob Ras called the upcoming project, ‘a game-changer’ for the digital asset and the blockchain industry in general. He stated:

CoinField began testing the project last month and tweeted a backward “S”, asking their followers for their opinion on the best use evidence of XRP. The tweet said: 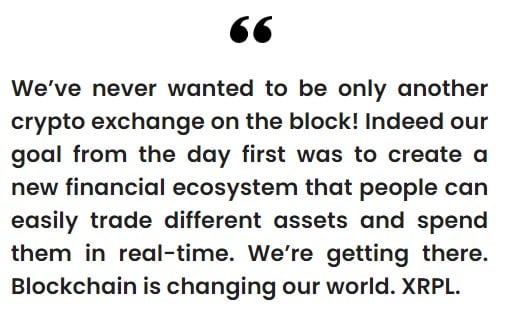 CoinField will also officially give additional details of the new ecosystem at the Malta A.I. and Blockchain Summit scheduled for November 8. In a previous tweet, Ras stated: 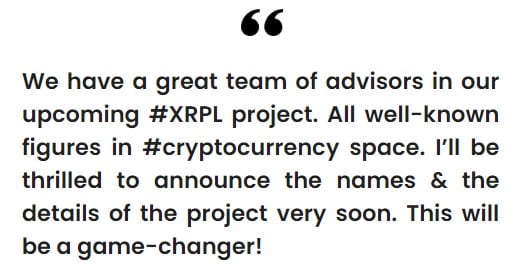 CoinField will also provide its policy models to other industries internationally, as an all-in-one White Label Licensing Package. The White Label Licensing Package is a high-class mixture of practical know-how, branded software, and scheme organization services, which would allow new worldwide associates to commence their crypto exchanges within three months of the initial arrangement.

Reportedly, it was developed by more than 19,000 person-hours of research. The Enterprise Matching Engine can process up to 75,000 orders per second and up to 1.5 million orders via its API. Cutting-edge Security and Advanced API will impart creative freedom to each comrade to build a perfect platform for their distinct needs.

Presently, the Canada-based exchange is the simplest platform to trade Bitcoin and other cryptocurrencies in over 100 countries. Their market grasp is increasing continuously and would rise even more with the introduction of the yet-to-launch project.

The Future of Ethereum Gambling

What to Expect From Hedera Hashgraph in 2022 & Beyond?

Polkadot (DOT) Rallies but Gets Tackled by Resistance at $23

CryptoInvoke strives to report the latest news on the ever-evolving crypto and blockchain industry by adhering to its high journalistic standards and editorial policies. It has an expert team of reporters, news editors, photographers, and videographers who work dedicatedly to keep growing and improving its standards.