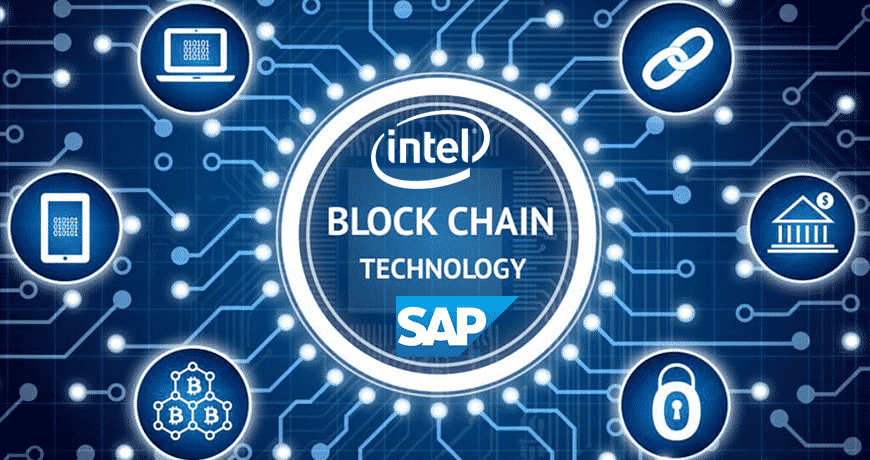 Intel and software multinational SAP recently announced that these would share a partnership bond to address gaps and create blockchain solution. According to reports, both the companies will expand their collaboration which was started 25 years before and will work together with blockchain technologies. SAP HANA data management system was developed in partnership with both the companies and will integrate with SAP’s new cloud platform blockchain which enables the customers to use a SQL interface.

Intel being the second largest and second highest valued chip maker based on revenue after being overtaken by Samsung. It has numerous manufacturers and is used for different kinds of things. By the end of the 1980s, it started supplying its microprocessors.

SAP has recently launched a blockchain as a service platform on the SAP cloud platform blockchain which will allow customers to integrate their data using a model in which they pay only for what they need. Intel’s processor technology can be essential to speed up the foundation of new blockchain apps. On the other that, Intel Software Guard Extensions will help the security of source code and make it more useful.

This partnership will bring many benefits like this included studies which helped in analyzing the metrics of which further help in searching for new bottlenecks and make it more efficient. Moreover, the companies will address specific hardware information to define standard parameters for individual blockchain users.

Many other companies may be called for collaboration like UPS, Flex, and HPE. These will help the companies to create a blockchain based supply chain that can be used for the management as a proof of concept solution so that it can be used in international markets. The news also revealed that Intel is also in partnership with Enigma, a decentralized app platform that will be helpful in preparing the blockchain testnet of Enigma and will also help Intel to collect information and to get better products.

The collaboration would make many benefits for the users and a rise in technology and many better products would be launched. It must be set according to the consumers and to see their benefits.